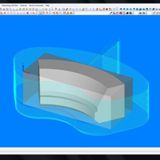 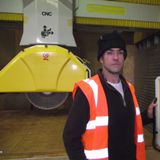 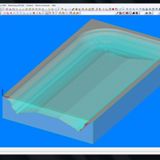 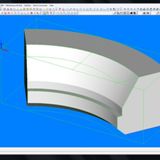 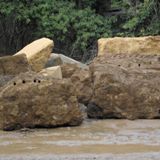 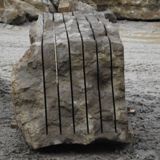 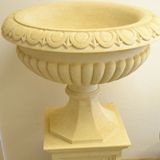 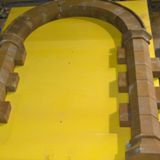 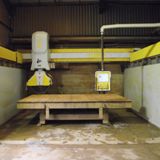 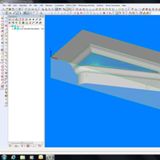 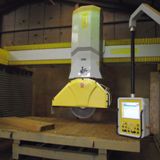 Choosing ALPHACAM CNC software means a stonemasonry company has no need to employ an additional four workers to produce the same amount of finished masonry.

And Rob Goode, owner of Goode Stone Supplies, disagrees with those in the industry who say that modern technology such as CNC machines and powerful software are deskilling the stonemason’s trade.

"For a typical fireplace we’d have to realign the saw around eight times. With ALPHACAM we simply line up on one corner and press ‘go.’ We can then leave the machine running, and it’ll finish the job in the one set-up”

“It’s actually giving people the opportunity to have a trade in the stone business. Masons need to embrace new skills which technology brings, enabling them to produce more accurate work much faster, and remain competitive.”

That belief is borne out by his Oxfordshire-based company receiving a large number of inquiries for complex, one-off projects, in the few weeks he has been using ALPHACAM to drive a purpose-built, bespoke machine.

When he ordered his new 5-axis GMM he requested a Zeda head frame to be fitted to the Litox head unit, making the machine unique. Since then, GMM have added the combination to their price list, but it is still the only machine of its kind in the UK. “I could see the scope for being able to cut much deeper into material with the bigger blade to speed up production. It’s also extremely beneficial on many large profiling jobs, as the blade easily reaches the point we want to profile to.”

They already had a GMM Egil, but he says the proprietary software that came with it was limiting, being more suited to linear profiling than the complex jobs he is now seeking to create with ALPHACAM. “We’ve switched that to ALPHACAM, too, as it gives us greater accuracy on all jobs on both machines, including straightforward projects such as copings, string courses, capitals and columns.”

His business model revolves round the company being as large as he now wants it to be, with nine employees working out of 15,000 square foot offices and workshops on an acre of land, which he recently purchased to guarantee their long-term future at the site. “I didn’t want to employ any more people, but with the proprietary software we’d need four more operatives, especially if we were running the machines overnight.

“For a typical fireplace we’d have to realign the saw around eight times. With ALPHACAM we simply line up on one corner and press ‘go.’ We can then leave the machine running, and it’ll finish the job in the one set-up.”

Since installing ALPHACAM Advanced Stone to drive the GMM Litox Bridge Saw, word has got around that Goode Stone Supplies are moving towards fulfilling more complex projects. One is from Britain’s leading wildlife sculptor, Hamish Mackie, who has asked the company to create a life-and-a-quarter size horse’s head, in Great Tew ironstone. After finishing work on a commercial commission to produce lifesize horses in bronze, Mackie sent the scans to Rob Goode to see if they could produce heads in the distinctive brown and blue vein ironstone from the historic quarry on the Great Tew estate.

“It’s certainly something we can do now with ALPHACAM, but it just wouldn’t have been viable for us to undertake the project without it.”

He says while they have always worked within 1 mm tolerances, ALPHACAM means they can reduce that even further. “I can guarantee that what comes off our machines is a 100 per cent accurate representation of the 3D CAD design.”

Another benefit is that on jobs where pieces of stone need to connect, ALPHACAM’s accuracy means that everything will match up on site.

And he believes stone companies which fail to embrace technology will be unable to compete in future on three counts: accuracy, speed, and cost. “Instead of endangering the stonemason’s trade, I fully believe that technology is preserving it.”

He says it is also a major contributing factor in complying with Health and Safety regulations. “There are limitations as to what a mason can do in a day with tools, such as how many hours they can use air chisels. And grinders create a dusty environment. Using ALPHACAM with the two GMM machines overcomes all these problems.

“For a typical fireplace we’d have to realign the saw around eight times. With ALPHACAM we simply line up on one corner and press ‘go.’ We can then leave the machine running, and it’ll finish the job in the one set-up”