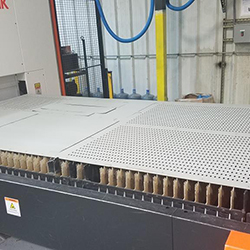 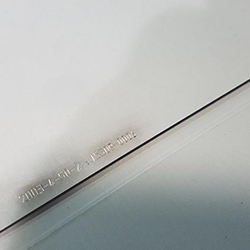 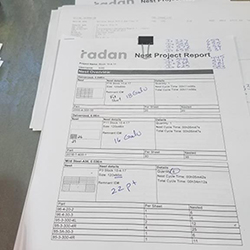 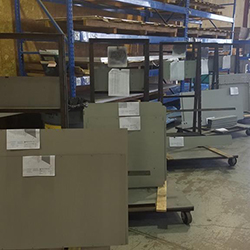 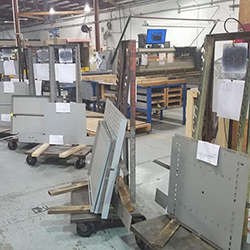 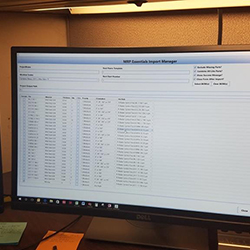 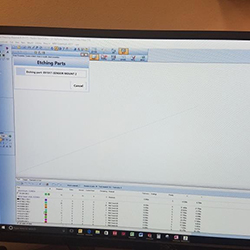 “We build everything from incubators the size of a small dorm refrigerator to commercial walk-ins large enough for growing corn, and everything in between,” says Jesse Smith, director of manufacturing at Percival, based in Perry, Iowa.

Founded over 125 years ago, Percival Scientific has continuously evolved to maintain its role as a mainstay for research professionals in need of products that help them practice better science. The company offers both design and manufacturing services in support of research that impacts climate, human health and food production, among other endeavors. The agricultural and pharmaceutical industries are among those served by Percival, which also performs work for government institutions and businesses the world over.

“We have standard product lines that fulfill the needs of some customers, but we’re also a custom job shop that makes made-to-order products.  For us, a high-volume part run in our sheet metal shop might be five parts.”

Customization is key, as colleges and universities, for example, need chambers for botany or biology research projects that require specific sets of variables, along with complete control over each. “They may contact us and say, ‘We need a chamber that needs this much light, this much humidity, and operates at this temperature range. Can you send me a quote?’”

In late 2016, the company purchased a Mazak laser from machine-tool distributor Gladwin Machinery to increase overall production efficiency. With Gladwin’s guidance, Smith chose to pair the new equipment with the RADAN CAD/CAM sheet-metal solution, by Vero Software, because the robust program can accurately generate G-code for the new machine.

“I had never programmed any kind of CNC machine, but I can program the laser with RADAN,” Smith says. “It’s the easiest thing in the world — and you don’t have to be a programmer to do it. You just have to know how to load a bill of material.”

The chambers that Percival manufactures use various types of light-gauge steel. Prior to acquiring the laser, Percival used a mechanical shear and turret punch press for all of its sheet-metal processing. While the turret is currently programmed with a different type of software, the Percival team has limited the turret’s use and plans to ultimately program it with RADAN so that all of the company’s machinery is powered by a single solution.

“It isn’t just that RADAN runs the laser, but that it has fundamentally changed the way we do things here,” Smith says. “Now we just run the laser for everything, unless we think the results would be better on the turret.”

In addition to “reducing a ton of paperwork,” RADAN has enabled the company to batch multiple jobs and standardize processes through automation.

“Before, we were doing individual custom jobs, so we would take the job orders and create bills of materials — all different sizes and types of materials — and create drawings. After that, everything was cut to individual size on the shear, then put in a cart and sent to the turret,” Smith explains of the company’s job process prior to RADAN, when each project was performed one at a time.

“In terms of being more efficient, I don’t care how fast we can cut the same part. When you’re managing 25 different orders a week, what you want is to be able to take a week’s worth of jobs, put them all together and nest them on the same sheet. You also need to have a way to tell the parts apart when they come off each sheet.”

With these specific goals in mind, Smith requested that RADAN be customized to etch job and part numbers into each nested part, which made identification quick and easy while negating the use of stickers, which could potentially peel away or create undesirable residue.

“The big, fundamental difference between the way we used to do things and the way we do them now is that we’re now able to do everything at once,” Smith says. “We’re just much, much more efficient.”

The Percival team designs projects with the SOLIDWORKS® computer-aided-design (CAD) system, by Dassault Systèmes, exports the jobs as 2D .dxf files, and drags the models into RADAN.

Smith customized the company’s ERP software to simplify the process of identifying jobs that can be batched. “I wrote a piece of software that allows you go in and pull information from a database for jobs to process at the same time,” he explains, adding that the software is able to filter out sheet metal parts for batch processing.

“From there, I combine all of those parts into a spreadsheet that the RADAN customization is able to read and load in the bill of material generated by the ERP system,” he says. “If I don’t have a RADAN file for a particular part, the system will auto-create one.”

Part identification was also a must-have for Percival, which found a way to automate that process, as well. “I have automatic etching, and so the system will automatically find the perfect location to etch the numbers on each part.”

The difference in both time savings and frustration levels at Percival are notable, Smith says, as it once took two programmers half a week to accomplish what can now be done in one hour.

“My plan is to eventually have our scheduler run the parts, because the process is designed for automation and therefore much simpler than it used to be,” he says. “Nobody thinks about the processing side of manufacturing, what the people in the office are doing — but there are ways to make it fully automatic.”

Among numerous other benefits, the process automation has allowed engineers at Percival to veer away from data entry — which often leads to human error — and devote valuable time to tasks more suited to their talents.

“You want to go straight for automation to eliminate human error by finding ways to make a computer do as much of the thinking as possible,” Smith says. “We’re a small company and we were throwing away $40,000 worth of metal every year because of errors that could have been avoided.”