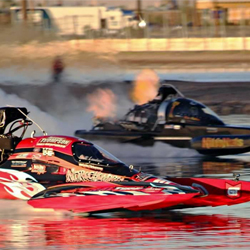 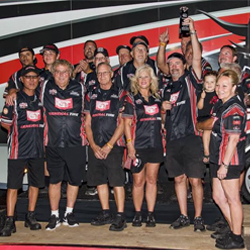 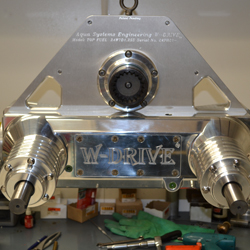 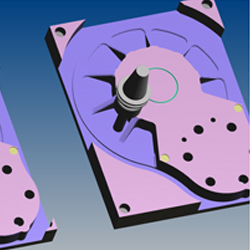 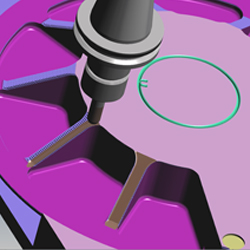 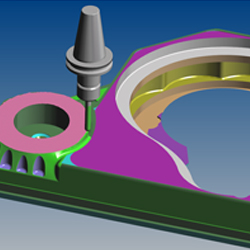 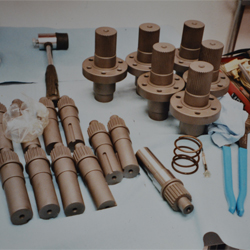 When there’s more to going fast than simply punching the accelerator, knowing how to harness the science of speed is what it takes to make — and break — records.

“Racing has always been something I’ve had a passion for,” says James Faulkerson, owner of Advanced Design Technologies, LLC, of Las Vegas, Nevada. “You do it because you have a passion for it, but it also provided me a purpose for inventing something new.”

While motorcycles initially drew Faulkerson to racing, he discovered that Top Fuel hydroplane (hydro for short) drag-boat racing was his true calling in the early 1990s.

In 1996, he built Nitro Bullet Two, a drag boat with a modified outrigger design that provided increase stability and went hand-in-hand with his new and innovative twin-propeller drive system. The boat was powered by a 500 cubic-inch supercharged engine that output 6,800 horse power while burning 92 percent nitromethane and 8 percent alcohol for fuel. While the boat had its problems, but Faulkerson knew that he was on to something.

“This was a brand new idea, with the outrigger boat design and the twin propellers. It was also a challenge to come up with design details that work.”

As a contract engineer, Faulkerson worked half the year and was able to devote his remaining time to racing. By inventing new ways to make Top Fuel drag boats devour the “liquid quarter mile” faster than ever, he broke the I.H.B.A. 2002 elapse-time record and made history with the second quickest pass in a driver-capsule-equipped drag boat. Today, he holds five U.S. parents for various designs and technology inventions.

“The SURFCAM toolpath has the ability to conform to unusual 3D shapes, and SURFCAM can cut those shapes efficiently. A few of the toolpaths are astonishing in machining the rear case on the W-Drive.”

In August of 2016, he assisted the Nitrochondriac race team in setting a new Top Fuel drag boat elapse time record. The boat covered the liquid 1,000-foot course from a standing start in 3.38 seconds at over 263 miles per hour at the Lucas Oil Drag Boat National event in Marble Falls, Texas. As consultant and custom parts provider for the Nitrochondriac team, owned by Tommy Thompson Racing, Faulkerson provided a set of experimental W-Drive™ gears, which he engineered and manufactured, along with other custom parts.

“For each revolution of the input shaft, there is a set of change gears that can be selected to obtain the desired number of revolutions of the output shafts,” Faulkerson explains. “A key feature is the counter rotating propeller output shafts that act to cancel out the propeller torque, creating a balanced propulsion drive system. The W-Drive is a completely new approach to drag boat propulsion.”

Initially, Faulkerson manufactured all drive components except for the gears using manual mills, lathes, and other manufacturing equipment. He subcontracted the gear manufacturing until the late 1990s, when a faulty gear disintegrated and “blew a large hole in the bottom of a boat traveling at close to 200 miles per hour.”

“I decided that I was no longer going to use subcontractors because I always seem to experience problems. At that point, I decided to make everything myself,” he says.

Faulkerson began his new venture by acquiring a Haas VF-3 mill and a Haas SL-20 lathe. In 2002, he purchased the SURFCAM computer-aided-manufacturing (CAM) system, by Vero software, to program his CNC machinery.

In 2015, he transitioned from SURFCAM Traditional to the new SURFCAM, which offers a wide range of machining strategies and even greater machine control. The new SURFCAM also offers the Workflow interface, which is designed to help manufacturers manage every aspect of the job, from materials and toolpath to machinery and collision detection.

“I started making my own equipment — the gears, the shafts, the encasement, everything I needed to build the transmission,” says Faulkerson, who serves a range of clients, from hobbyists to professional racers. “I’m a one-man band, so it keeps me very busy”.

To start a job in SURFCAM, Faulkerson imports a 3D model of the part to be machined. As he manages the job from design to production, he uses the SOLIDWORKS® computer-aided-design (CAD) system, by Dassault Systèmes, to create his custom parts.

He then imports the design into SURFCAM, which reads the native SOLIDWORKS part file without the need for translation. This seamless interoperability between CAM and CAD systems ensures that Faulkerson’s design data will completely retain its integrity after importation.

Faulkerson appreciates that SURFCAM offers a complete package for all of his machining needs, including profiling, drilling, boring, and more. The strength of the user interface, paired with the flexibility of the toolpath, makes it easier than ever to ensure that parts are ideally programmed and collision free. For those interested in storing data for toolpath that will be used repeatedly, toolpath templates within SURFCAM allow users to collect and reuse parameters for all toolpath types.

“The SURFCAM toolpath has the ability to conform to unusual 3D shapes, and SURFCAM can cut those shapes efficiently,” he says. “A few of the toolpaths are astonishing in machining the rear case on the W-Drive.”

Comprehensive use of the roughing cycle can rough an entire part within one operation, eliminating numerous lines of G-code.

Sometimes referred to as “scanning,” the parallel lace cycle entails applying a series of parallel toolpaths applied to the 3D model to produce a finished part. It can also be utilized with depths of cut to produce a roughing cycle.

“I was simply amazed at the ease of initially roughing a complex shaped part with a single SURFCAM roughing cycle. All I had to do was select an appropriate milling cutter, set feeds, speeds and depth of cut, select the 3D model, and it rough machined the entire part,” Faulkerson says. “The beauty of the flow surface is that you can have any type of surface between two curves or shapes that bound the surface and it will simply machine them. You have the ability to control the toolpath like never before.”

“The SURFCAM toolpath has the ability to conform to unusual 3D shapes, and SURFCAM can cut those shapes efficiently. A few of the toolpaths are astonishing in machining the rear case on the W-Drive.”