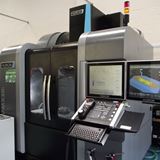 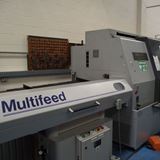 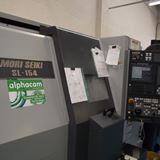 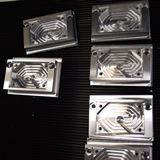 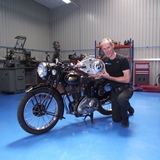 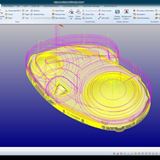 Shipping around 1,200 different types of parts in a year, an engineering subcontractor says its CAD/CAM software is vital in ensuring a wide range of complex components meets customers’ speedy turn-around requirements, irrespective of whether the production run is large or small.

"ALPHACAM’s big advantage is that it’s developed by engineers rather than pure software specialists. It ‘thinks’ exactly how an engineer works."

“This is because ALPHACAM thinks like an engineer,” says Scott Holmes, Director of family-run Holm Engineering. “Its big advantage is that it’s developed by engineers rather than pure software specialists. It ‘thinks’ exactly how an engineer works. We draw our shape, pick our offsets and cutters, and it seamlessly and effortlessly creates the correct NC code.”

The biggest challenge facing their manufacturing process without ALPHACAM would be getting work out on time. “We’re coming up against ever-quicker turnaround times, but we’re able to easily produce programs for milling, turning and mill-turn cutting technologies.”

Now celebrating 21 years of using ALPHACAM from the world’s number one CAM-focused company, Vero Software, it was three times quicker than its nearest rival in a programming test when Holm Engineering was looking to switch from line-by-line programming at the machine, to an offline system. “We had a contract for an airport baggage control component, and were having real trouble programming it. A number of software companies were invited to show their capabilities. One took two hours, one took an hour, and ALPHACAM took just 15 minutes.”

Today, all their parts go through both of ALPHACAM’s CAD and CAM functionalities, as it is their only CAD system. And he says they often use it at the quoting stage of a contract before starting work on the actual component. “If it’s a complicated part with complex machining I’ll draw up a program to get an idea of how long the job will take, so we can give our customer an accurate quotation.”

They currently program eight machines from a range of manufacturers, with ALPHACAM, including Haas, Hardinge Bridgeport, Mori Seiki, Samsung and a new high-spec Hurco VMX 30i mill with table probe and spindle probe. “It’s important for me to be able to purchase any machine I wish, without having to worry about the control system,” says Scott Holmes. “Because it’s ALPHACAM that governs what the machines do, rather than the machines themselves.”

If he receives a solid model from a customer he imports it straight into ALPHACAM and completes the machining aspects before post processing it to whichever machine he selects for the job. “It doesn’t matter which machine it is, or whether the controller is Fanuc, Heidenhain, or Hurco-based software, the ALPHACAM program is simply downloaded, and we start to cut metal immediately, knowing that the program is 100 per cent accurate.”

Or if the part comes in as a dxf drawing, he uses the draughtsman’s dimensions in the file, and machines it from that dxf file. Alternatively, if it is a basic drawing he redraws it in ALPHACAM, using the software’s powerful CAD functionality.

While they work mainly with 3-axis at the moment, they do have 4-axis capability on a Hardinge Bridgeport XR 1000 machining center with long table, and both their lathes have 4-axis capability. “We can drive it round using the spindle, and then use the turret to actually machine and mill. Developing our 4-axis work is very important to us. We’ve started taking a different approach to our jobs. Where we would have previously looked at them in a traditional 2D way, we now think ‘4-axis,’ and it’s opened up a whole new world.”

He has recently made a new fixture plate for 4-axis work…simply bolting a vice to it and going round at different angles. “It’s almost like 5D machining, which is something we will look at in the future, knowing that ALPHACAM is equally at home producing 5-axis programs.”

Part sizes range from around 1 mm x 1 mm pins, and milled components of 10 mm x 10 mm containing a number of holes and profiles for the medical industry, right through to navigational aids such as fog-horns which are 450 mm high and have a 350 mm diameter, along with large castings.

While ALPHACAM has come a long way since Scott Holmes started using it in 1995, he well remembers one of the early jobs he did with it. “My Father was trying to improve the look of the original chain case on a 1937 Rudge Rapid 250 motorcycle. I used the knowledge I’d gained on an ALPHACAM 3D modelling course and drew the component, produced all the machine code, and manufactured the part entirely from scratch.”

Nowadays, the Aylesbury-based company uses ALPHACAM for a wide range of subcontract machining mainly for the aerospace, automotive, scientific and medical industries.

• Single software solution for milling, turning and mill-turn programming, regardless of CNC machine.
• ALPHACAM enables the use of both 2D DXF and 3D solid models for toolpath generation.
• ALPHACAM now being used for 4-Axis work on the Hardinge Bridgeport XR 1000 CNC.

“It doesn’t matter which machine it is, the ALPHACAM program is simply downloaded, and we start to cut metal immediately, knowing that the program is 100 per cent accurate.”