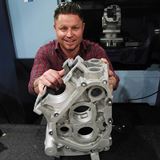 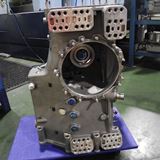 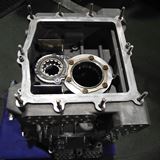 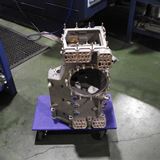 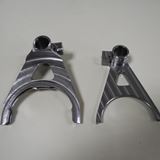 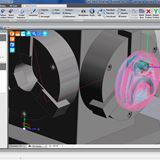 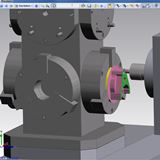 A market-leader in gearbox and transmission systems for the motor sport industry is branching out into electric vehicle transmissions, and says the company has benefitted with a new manager driving their EDGECAM software use up a gear.

Dominic Prinsloo, Production Engineering Manager at Hewland Engineering, works closely with the design team, to ensure that all components can be accurately produced through their manufacturing cells.

"Thanks to EDGECAM, we can give our customers competitive prices, because it keeps both development and manufacturing costs to a minimum."

Hewland have a long history of being the “go-to” company to provide racing gearboxes for vehicles in competitions such as Formula One, LeMans GT, WRC Rally, Open-wheel formula, and Touring Cars…along with high performance sports cars that are equally at home on the road or track. They also produce transmission systems for Formula E electric cars, and are now working on a number of projects for electric road cars.

Their core business comprizes gear components including the box, gears and layshafts – in fact everything that makes up the entire transmission system. Around 95 per cent of the parts are programmed through EDGECAM, and almost all are complex, with tight tolerances of between five and ten microns.
Since joining the company in September 2017 Dominic Prinsloo has introduced new ways of working with EDGECAM. “Hewland have used EDGECAM for many years, but weren’t utilizing it to its full potential,” he says. Implementing his methods has led to astonishing results in reducing time and tooling costs.

On a gearbox selector fork, for example, the cycle time was slashed from one hour five minutes down to just 38 minutes, and when tooling costs were also taken into consideration, the savings on that component were “considerable.”  And with a larger fork, his methods with EDGECAM saved around half an hour on each individual item. Forecasts show that over a 12 month period the EDGECAM changes will also lead to considerable savings on every type of gearbox fork they manufacture. “It all means we can offer farm more competitive prices to our customers.”

Those changes include bringing in solid models for programming and generating the features from the model. “We also use profile features, either generated from the Features Find function, or generated manually. When I came to the company the system was to input the values manually, which was time-consuming and prone to error. Now, the code is generated by associating the toolpaths to the features, so whenever the component is upgraded to the next version and the model manipulated – such as a particular diameter being changed from 32mm to 45mm – we just regenerate the feature and the toolpath changes automatically.”

But he says the biggest game-changer was introducing EDGECAM’s powerful Waveform roughing strategy to Hewland, both for their milling and turning cells. “It’s now used for all our face grooves, groove turning, and full rad inserts, which has reduced cycle times dramatically.”

Previously, when milling their range of gear selector forks, a high feed method was used, with multiple face cutters for one component. “Those step cutters only lasted for three parts before having to be replaced.” He changed the manufacturing process to incorporate Waveform, machining 2.8 metres a minute at 4,200 rpm with a ten per cent stepover, which has reduced the number of tools required to cut the component. “We’ve reduced the cycle time by 20 minutes on stage one machining, and eight and a half minutes on stage two machining…which means we’ve saved around half an hour on each fork. And we cut around 23 billets per carbide, instead of three.”

Many of Hewland’s shopfloor workers were a little wary of EDGECAM’s Waveform strategy at first, worrying that the ramped up feeds and speeds would break the cutting tools. “They’d never seen anything like it. I introduced it slowly, starting with a low revolution, then gradually increased it, until we got to a ten per cent stepover, and 2.2 metre feed. That was on EN 36 case hardening steel…so the team very quickly realised exactly what Waveform could do. I know we can push the machine even more, but this is perfect for our needs. It means the operator can leave the machine running while he goes on to work on another one.”

And those same operators now want Waveform to be the default machining strategy. “We have what we call legacy components, that were originally programmed a long time ago. The shopfloor are asking us to change the programming to Waveform, telling us they find it more reliable, reduces load on the spindle and wear on the tool.”

“It’s now used for all our face grooves, groove turning, and full rad inserts, which has reduced cycle times dramatically.”