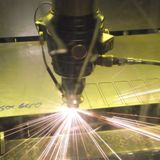 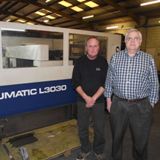 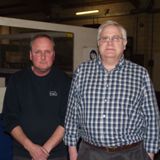 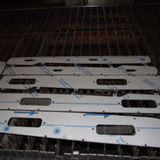 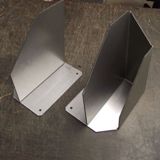 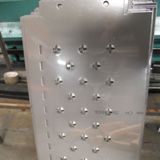 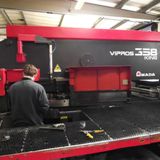 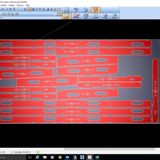 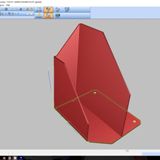 RADAN Cuts It For HAL’s Laser And Punch Companies

Having one software package covering two different cutting technologies was top of the agenda when an engineering subcontractor specializing in CNC punching bought a company which focused on laser cutting.

Harley Engineering wanted to complement the services it offered and widen its customer base. The choice was two-fold: invest in a laser cutter or acquire a company with laser machines.  Eventually they purchased Liberate Engineering, a 40-minute drive across the Cambridgeshire Fens.

“RADAN provides everything we need to convert the design into machineable parts for the punches, lasers and press brakes, giving us accuracy and repeatability, whether the components are for Costa Coffee vending machines, point of sale material, kiosks, or for the medical sector. Lead times are typically between seven and 14 days, depending on the complexity of the products.”

One of the first things Harley did on acquiring Liberate was to replace its existing sheetmetal CAD/CAM system driving their 3kW, three-metre-bed Trumpf and Laserlab lasers, with RADAN from Vero Software.

William Eveleigh is Managing Director of Liberate, and General Manager of Harley. He says there was so much synergy between the two businesses it made sense to bring them together under a new holding company, HAL. “But we needed the same software package to bring total connectivity between the two companies. We’d used RADAN’s Radpunch module at Harley to program our Amada Vipros King for around ten years, so brought in Radprofile for the lasers.”

It also means that programming for both types of technology can be done at either site and the finished nest sent to the appropriate machine tool. “Speed is critical to our operation, and if there’s an issue with a machine, or jobs are queuing up at one factory, we can quickly switch from the punch at Harley to a laser at Liberate, and vice versa.”

At the time of the acquisition, Harley focused mainly on ATM equipment and point of sale for the financial sector, along with the construction industry, while Liberate had considerable experience in the agricultural market, including manufacturing components used in vegetable processing plants, and seed drilling equipment. They also had a thriving market producing components for large commercial printing machines.

“Harley’s customers were increasingly wanting laser cut parts, which we had to subcontract out. Now we can offer existing customers an in-house service and save on subcontracting costs. We also found that a number of Liberate’s customers were looking for some of their parts to be punched.”

The type of products range from straight, cut blanks with no further processing, to finished, painted and plated parts. “For example, in vegetable processing plants where the goods are harvested and brought into the factory for cleaning and packaging, we’d typically manufacture all the side panels and brackets for the large conveying machines.

“And we make component parts, such as brackets for holding electronic machinery inside commercial printers that can print advertizing billboard pictures in just one or two passes.”

Liberate’s Laser Cell Leader, Terry Boyden, says RADAN is so powerful and versatile that there was a lot to learn when it was installed after the acquisition around three years ago. “It’s such a vital tool that I couldn’t do without it now. All I need do is put the laser profiling on to create the parts, and I particularly like how they’re changed automatically on the nest if you amend them. If I need to add another hole or change a notch, I just call the part up and edit it, without having to renest. That’s a massive time-saver for me.”

Another feature which he says is invaluable to them is the ability to photograph a blank piece of metal and upload it as a bitmap to RADAN. “It’s so simple to convert it to a cutting file, which saves time and reduces the risk of getting it wrong. It is also proving effective where customers want their logo on a job, either etched or cut as a profile. In the past we’ve had to draw that, but now we just photograph it.”

He is also a major advocate of RADAN 3D, as is Harley’s Workshop Foreman Jeff Burrill, who says: “After importing a STEP file into RADAN 3D I flatten it and then develop it, taking out any unnecessary corners, and put the tooling on. For me, RADAN’s most important feature is going from 3D to flat blanks, as it means I can go straight on to the shop-floor with something ready for manufacturing.

“It only takes up to ten minutes to flatten out most components and get them ready for cutting. I use it on a daily basis, because a lot of parts have too many folds to be able to work on them efficiently in 2D.”

A total of 21 employees are based across the two sites. Both 20,000 of the square foot factories run press brakes, and William Eveleigh is considering investing in Radbend as he says it is becoming increasingly difficult to find skilled labour to carry out the setting and bending. “It will deskill the job of running Liberate’s Amada 4-metre 200 tonne and 2.5-metre 80 tonne press brakes and Harley’s older Edward Pearsons, but will give us greater bending technology in both offices.”

Overall, he says RADAN is a pivotal aspect of the business, capable of handling all requirements, from the tight tolerances required for commercial printing machines, to agricultural products, such as seed drilling fitments, some of which may have significantly wider tolerances.

“Our biggest challenges are material utilization and speed, which RADAN successfully solves. It gives us considerable saving on wastage with accurate nesting and offcuts, and we can quickly and accurately create and manipulate parts on screen, getting them ready for either the punch or lasers.”

“RADAN’s most important feature is going from 3D to flat blanks, as it means I can go straight on to the shop-floor with something ready for manufacturing.”