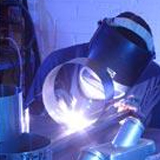 Consolidating the complementary activities of eight manufacturing companies to gain the benefits of scale from an integrated group is never likely to be an easy task. However, the adoption of Jobshop manufacturing software at four sites within the Gardner Group is playing an important role in aligning the aerospace company’s operating procedures and reporting methods on the road to achieving this goal.

Founded in 2003 as the result of a management buy-out of several long-established manufacturing companies, Gardner Group aims to provide a ‘Total Manufacturing Service’ to aerospace industry customers that include the likes of Rolls-Royce, Airbus UK and BAE Systems.

Today, the Gardner Group has moved a long way towards streamlining its activities, by amalgamating its eight manufacturing operations into three divisions with sites at Burnley, Nuneaton, Ilkeston and Basildon.

According to Group Systems Manager, Gary Field, the company’s focus on standardizing methods is aimed at reaping the economies of scale. At the heart of its drive to minimize duplicated effort and waste is the implementation of Jobshop at key manufacturing operations.

A user site since 2001, Gardner Aerospace - Nuneaton already had two years experience of
Jobshop at the time of the group’s formation. “This enabled us to make some direct comparisons and indeed, to identify a number of shortcomings with other systems,” says Field. “It also highlighted compatibility issues and prompted us to review whether we ought to be looking at further alternatives, rather than simply upgrading existing software to the latest versions when the time came.”

A five-strong project team, including Field, was established to evaluate the group’s options. After a thorough assessment of available systems, the team settled on Jobshop as its preferred solution.

“One of the reasons for our decision was the integrity and security of its database,” comments Field. “But perhaps more importantly, Jobshop was the only system whose MRP scheduling module could easily accommodate the same components being made on different work centers, with different routings and manufacturing methods.” In parallel, Gardner Aerospace - Colne, had also implemented Jobshop too. “In effect, it meant we had three sites running a common system,” adds Field.

Developments to Jobshop since its initial installation at Gardner’s Nuneaton site include the consolidation of previously stand-alone modules into a fully integrated software suite. “Amalgamation into a single CTL format has provided many benefits; not least the ability to access and utilize functionality from anywhere in the system, using a common database. This has removed a considerable amount of duplication and provides a much more flexible system,” notes Field. “It also means that Jobshop represents an obvious migration route for other group companies.”

Another benefit identified is Jobshop’s ability to support industry-standard reporting software. Crystal Enterprise is employed at all Gardner group sites, enabling each operating division to tailor reports to their own requirements, while ensuring that overview information can be collected and analysed in a common format.

Further streamlining of Gardner’s Jobshop implementation has been achieved through the installation of secure leased lines between the group’s principal manufacturing sites. “They provide fast and accurate data transfer between companies,” says Field. “They also help to maximize the effectiveness of our operations by ensuring that everyone is running the latest release of the software. Furthermore, the lines allow remote maintenance to be carried out on our systems, as well as their rapid updating.”

Turning to Jobshop’s operational benefits, Field acknowledges the close integration between sales order and works order functionality. “We’ve backed this with real-time, shop floor data collection (SFDC), which gives up-to-the-moment information on all our work in progress,” he adds. “It’s all about operating with timely, accurate information. Good information leads to good decisions, which in turn, reduces waste and improves manufacturing effectiveness.”

These same goals are supported by Jobshop’s in-built flexibility, which can be illustrated by the way the system has been configured to validate every manufacturing operation before allowing works orders to proceed to the next stage of production.

“In our business, traceability must be a ‘given’,” says Field. “So, the accuracy and security of Jobshop’s database is a further important consideration for us.

“Similarly, good software needs to be backed by good support, which is what we get from Jobshop. We employ more of the system’s capabilities than most other users and have always found Jobshop to be very responsive to any queries or issues we’ve raized.

“I also like the fact that we have a single, nominated point of contact at Jobshop, which has undoubtedly helped to build a very good relationship between our two companies.”

So, what are the prospects for the future?
According to Mr Field, Gardner Group is currently standardizing its various accounts packages into a single enterprise-wide system. “Exchequer is our preferred option,” he says, “as its database format is compatible with Jobshop’s.”

“The move to common processes throughout our group means that we shall be rolling out Jobshop to other Gardner sites over the next 12 months or so,” he adds. “We believe it will play an important role in helping us to achieve maximum benefit from the consolidation and integration of our complementary manufacturing activities.”