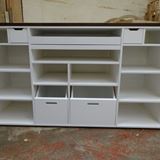 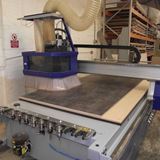 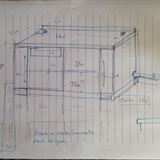 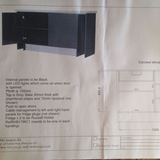 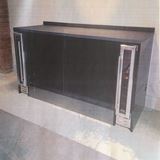 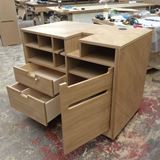 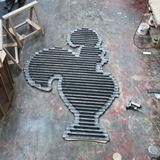 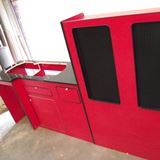 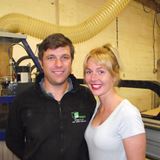 Converting prospects into sales with CABINET VISION’s powerful photo-rendering, has helped a bespoke joinery specialist to expand into new premises, almost triple the size of its old workshop.

Fri Projects has recently moved from 6,800 square foot premises into an 18,000 square foot factory on the edge of Birmingham. Working mainly for principal contractors since setting up the business in 2013, owner Mark Jeffries says the last couple of years has seen them provide interiors for 56 BP garages, 25 Chiquito restaurants and a number of Frankie and Benny’s, along with their principal end-user, the award-winning Nandos chain.

And with CABINET VISION’s Screen-To-Machine module sending NC code from the design files to their two Felder Format-4 profit HO8 routers, most jobs are being completed five times faster, which means they can take on more independent work now, knowing that quick turn-around times can be met.

Having served an apprenticeship with one of the oldest shopfitting companies in the country – Edmond Shopfitters, which was formed nearly 150 years ago in 1870, where he worked on projects at Windsor Castle, the Victoria and Albert Museum, and the British Library – he went on to become a shopfitter travelling all over the country.

Fri Projects was formed when he met Charlotte, who is now his wife. “I wanted to spend more time at home, get married and start a family. We couldn’t do that with the hours I was keeping out of town.” He set up a small workshop, before eventually incorporating Fri Projects – on a Friday. Hence the name.

Working with a range of materials, including panel products, Corian solid surfaces and solid timber, everything is designed in CABINET VISION, and goes through the 3-axis flat bed matrix Felders, with NC code created in Screen-To-Machine. “Even something as simple as a straightforward hole is done on the machine tool,” explains Mark Jeffries. “If we did it manually we’d need to measure it, mark it, and then cut it out. But with CABINET VISION it’s so much quicker, and we know that the precision will be perfect every time.”

The company’s reputation was built on its two watch-words: speed and efficiency. “It’s vital that all our components are completely accurate so they fit together on site. We always know that’s the case, because we’re firm believers that technology is the way forward.” He invested in a Chinese CNC router within the first few months of starting the company, which he says served as a good introduction, but wanted to automate even further.

CABINET VISION has been instrumental in successfully meeting two design and manufacturing challenges. “Before we even win a job, the software’s photo-rendering functionality is proving invaluable in converting the prospect to a sale. It means the customers can visualize exactly what the finished product will look like.”

And, secondly, CABINET VISION overcomes the challenge faced through skilled bench joiners becoming few and far between. “I realized if I could have a machine cutting components perfectly, I didn’t need a highly skilled joiner to assemble them because they all fit together like a jigsaw puzzle. It means we can take young lads on, and within around three weeks we can have them putting units together, which I couldn’t have done in my apprenticeship in those days without CNC and CAD/CAM.”

He cites an example of how CABINET VISION’s design and manufacturing functionalities integrated seamlessly on a particular project. “We started with the customer’s sketch for a cabinet, which I then set up on CABINET VISION, including the materials he wanted, along with cable management and doors. Then I created the drawing and an elevation. Once it was signed off it went into production, with NC code generated in Screen-To-Machine. This saved around 60 per cent of time on design, pricing, producing the cutlist, and generating the NC code.”

And CABINET VISION means they can take on particularly complex work that they say many woodworking companies would struggle to achieve; for example, the Nandos logo. “With CABINET VISION we simply import a dxf file, and draw our complete design in 3D and add the toolpaths through Screen-To-Machine at the same time. Previously we’d have had to draw it in 2D and add the toolpaths separately. But now we do it all seamlessly in one operation. Which is vital for the work we do for our staple end-user, Nandos.”

Manufacturing kitchen furniture for camper vans completes the company’s portfolio, and Mark Jeffries says CABINET VISION’s parametric capability is vital to ensure complete accuracy every time. “Plywood board isn’t always an absolute uniform thickness, so we’ve created our designs completely parametrically. We measure the boards, and then change the material thickness if it’s necessary, which automatically changes everything else, and how it’s cut. This means our camper van kitchens are always perfect.”

“I realized if I could have a machine cutting components perfectly, I didn’t need a highly skilled joiner to assemble them because they all fit together like a jigsaw puzzle.”