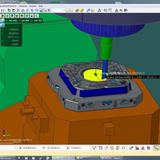 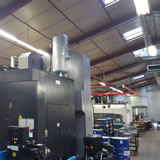 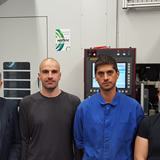 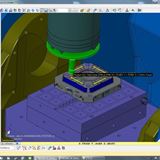 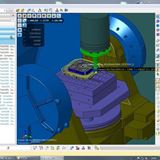 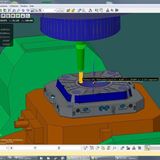 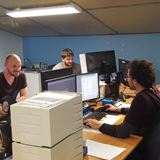 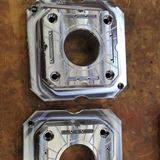 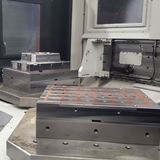 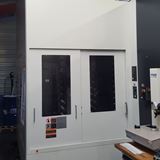 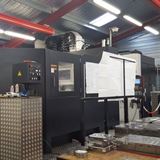 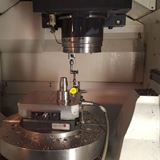 A high-volume mold-maker for the French food processing industry says WORKNC, from Vero Software, is an “irreplaceable” asset to their  production process. The software helped them to implement a completely automated workshop, freeing up time to take on new projects.

"Everything is manufactured with WORKNC, which has allowed us to considerably reduce machining times. We can produce parts much quicker, enabling us to accept new projects.“

Once a job enters the programming phase it’s distributed amongst four full-time programmers, and each design is tailored to their clients’ individual needs. “We never re-use an existing mold process – we recreate them each time to make improvements, ensuring our clients benefit from new technologies and manufacturing methods.”

WORKNC allows them to be highly responsive and flexible, reducing programming time from two weeks to less than half a day. “Sometimes, we’ve even been three weeks ahead of schedule on ten different jobs.”

Operating out of a 1,750 square metre factory with 42 employees, Société Nouvelle Caulonque has invested in eight CNC machine tools which are programmed with WORKNC – one 5-axis Mazak, three 3-axis Mazak roughing machines, one 3-axis OKK, two 5-axis OKK and one 5-axis GF MIKRON. The workshop functions 24/7.

“WORKNC enables us to manufacture large quantities of thin-wall molds for producing plastic containers for the agri-food industry. Our clients are very demanding in terms of quality. With this type of packaging at such a high density, an excess thickness of just 0.01mm can lead to a weight variation of more than 0.2g per unit, which is unacceptable for our customers. They need a maximum variation of 0.1g.”

Thanks to WORKNC he says they have significantly raized quality levels in terms of precision. The manufacturing process for all Société Nouvelle Caulonque’s products is now fully controlled using a combination of WORKNC CAD and WORKNC 2017 R1. The native CAD files, designed with Solid Edge, are easily opened thanks to the WORKNC’s direct translators which have been continuously developed to provide an optimum level of performance and reliability when opening native CAD files.

“Each mold to be produced is analysed in the CAM functionality to ensure 100 per cent programmed production. When a project is launched in the engineering office we create a layer management system consisting of files containing different protected areas, which allows us to reduce machining times. We’re able to design the molds in such a way that we can obtain repeatable strategies, programming jobs much more rapidly.

“We have standardized methods between the engineering office and workshop, so that tool libraries created in WORKNC are now physically available at the NC machine tool. We also use WORKNC CAD to produce our electrodes.”

And the company specifically requested one particular item of functionality – 3D tool compensation. “Before this was included in the software we had to program toolpaths with different positive and negative stock allowances, because it was impossible to obtain dimensional data results prior to machining. A mold was programmed three or four times to anticipate these differences – programming a mold represents around 80 different toolpaths – so it was long and tedious. But the WORKNC R & D team worked closely with us to develop the 3D tool compensation.

“This means we can re-run toolpaths with the correct allowance on NC machines which aren’t equipped with their own 3D tool compensation feature.”

He also developed functions allowing them to recover and interpret measurements from a sensor fitted to the machine, and automatically feed the required adjustments to the WORKNC toolpaths, with the necessary toolpath offsets being taken into consideration by the 3D tool compensation. The machine operates totally independently without any human intervention. “With one single programming cycle we can finish the part whatever the measurement readings.”

He says WORKNC’s great strength is that its different functions ensure each phase of the manufacturing process it completely secure. “These include roughing strategies with dynamic tool and tool holder collision control, automatic stock model updating, machine simulation, along with 5-axis collision detection and machine out-of-limits management. No part has ever been scrapped since WORKNC was implemented.”

The company has also invested in an OKK cell imported by Halbronn. The combined efforts of Stéphane Rousseau to create the postprocessor along with the methodical work of the two operators - Fabrice Dulau and Tom Nelet - have led to the game-changing implementation of a fully automated process: an autonomous cell for producing high precision cavity molds.

In conclusion, Stéphane Rousseau says the software has become irreplaceable. “Since 2003 programming with WORKNC has been the only manufacturing process in our 2D, 3D and 5-axis strategies. It’s an integral element in our automated in-house manufacturing and control system for NC machines.

“Thanks to WORKNC and our engineering department’s high level of expertize, Société Nouvelle Caulonque has never produced a dysfunctional mold.”

“Sometimes, we’ve even been three weeks ahead of schedule on ten different jobs.”