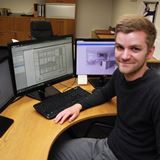 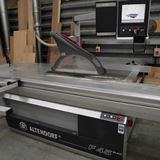 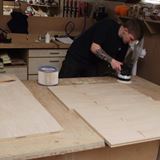 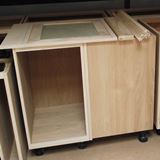 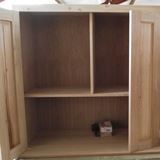 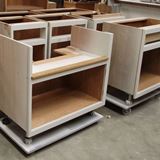 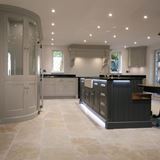 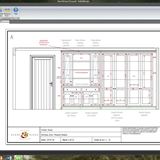 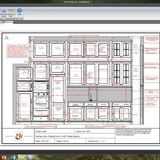 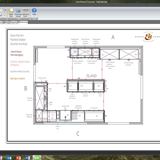 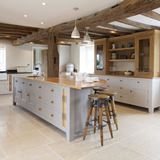 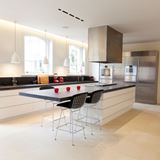 A kitchen company says investing in CABINET VISION has slashed the working time needed to produce its cut lists by around 20 weeks a year.

“Every component we make goes through CABINET VISION. The reason we invested in it was to speed up the design process.”

“It wasn’t until we sat down and looked at how the time added up, that we realized just how much we were saving,” says Baker and Baker designer Sam Thornley. Before CABINET VISION the Essex-based company designed everything in a 2D CAD package, with elevations being produced once they had won the contract.

“The Workshop Manager would use those drawings to create the cut lists. It’d take him at least three days a week to work out every component size and put it into an Excel document, which was prone to error.”

However, saving that incredible amount of time on cut lists was an added bonus. Their investment in CABINET VISION was actually prompted by a need to speed up their initial drawings. “Using CABINET VISION means we can also create the elevations and rendering now in the same amount of time.”

And how they produce their renderings is set to change, thanks to a major update in CABINET VISION Version 11, which they have recently installed. The latest release of the software contains a powerful new photo rendering engine geared specifically towards the design market. It provides a massive enhancement on the rendering capabilities in previous versions, and now gives Sam Thornley almost photo-like images which can be used as a sales tool.

He says good renders are a vital part of converting a quote into a job. “Some customers can’t visualize the finished kitchen from a 2D plan drawing. It’s so important to show something that’s visually impressive. I’d say a render wins us around 20 per cent more work.” Previously, they were producing renders in a different computer program, and are now undertaking full training on how to use CABINET VISION’s new high-end photo rendering capabilities. “It means we can manage every step of the design process without having to transfer data between systems.”

The combination of creating cut lists in CABINET VISION along with its design capabilities means the software is an integral part of his working day. “It’s as important a tool as we’ve got anywhere in the business...if not more so.”

Producing around 15 large kitchens a year, along with two or three smaller ones, mostly delivered within a 15 mile radius of their showroom which is in neighbouring Suffolk, means that they prefer to manufacture everything in the traditional way, rather than use CNC machines.

The process begins when Graham Baker, who jointly owns the company with his wife Marie, takes laser measurements of the customer’s room, plotting the points. Sam Thornley then draws the room, and builds the kitchen design, producing renders and quotes. “I work through everything, ensuring we have the correct materials, and that the corner mechanisms and doors will fit and work. As long as I put everything in the right place, CABINET VISION does the rest.”

When the company was established around 20 years ago it predominantly focused on joinery, mainly manufacturing windows and doors, but progressed into high end kitchens, along with some bedroom, home office, study and library work, and now operates with 12 employees.

“Every component we make goes through CABINET VISION. The reason we invested in it was to speed up the design process, and to get the cutting lists directly out of the drawings instead of having the Workshop Manager hand writing them for two or three days a week.

“Some customers can’t visualize the finished kitchen from a 2D plan drawing. It’s so important to show something that’s visually impressive. I’d say a render wins us around 20 per cent more work.”