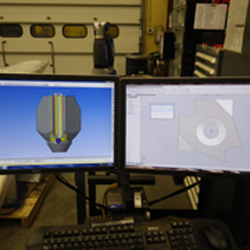 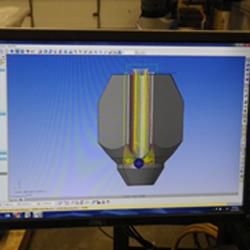 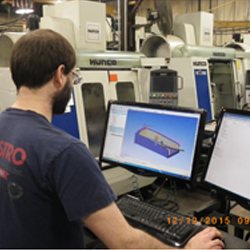 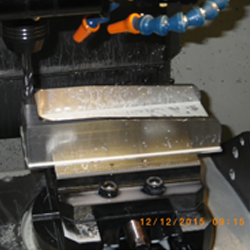 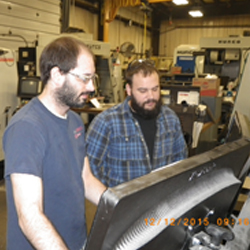 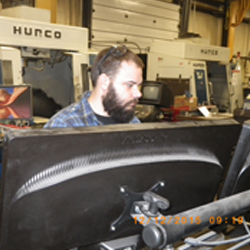 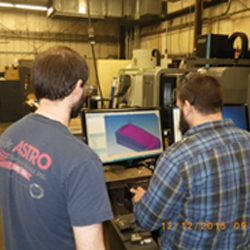 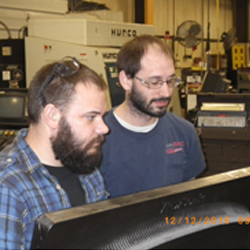 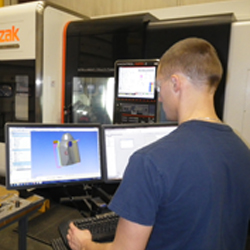 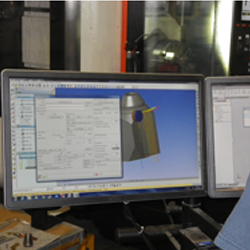 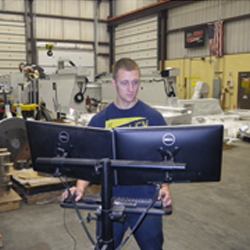 As a one-stop custom and precision manufacturing shop, Astro Machine Works fulfills a wide range of needs under one roof.

While the 31-year-old company, based in Ephrata, Pennsylvania, specializes in the manufacturing of custom machinery and precision parts, its diverse abilities make it an ideal candidate for a much wider range of projects.

“We build custom machinery, but we also make a lot of parts that have to do with basically any industry,” says Wayne Wize, Astro’s CNC manager. “In addition to precision machinery and an array of other parts, we make a lot of assembly-line equipment for various industries.”

Among customers served by Astro are those in the pharmaceutical, energy, military, food-processing and aerospace industries. From pill sorters to aerospace components,  Astro has built custom parts and machinery designed to help others improve both efficiency and product quality.

The reverse engineering of equipment components is all in a day’s work at Astro, which machines in primarily stainless steel, carbon steel, aluminum and titanium.

“We have a design department, so we work with engineers on design in addition to the actual manufacturing,” Wize says of Astro’s comprehensive services. “A typical job could be anything from a fixture to a component on an airplane — and everything in between.”

Wize, who has been at the company for 15 years, has seen it grow from 30 to 85 employees. Also among its workforce are 65 pieces of manufacturing equipment, including mill-turn machine tools, 5-axis mills, 3-axis mills, and lathes with live tooling.

In 2012, Wize attended the International Manufacturing Technology Show (IMTS) in Chicago, where he was given a demonstration of the WORKNC computer-aided-manufacturing (CAM) solution, by Vero Software.

Having already invested in a CAM system that Astro had utilized for several years, Wize didn’t anticipate that he would see anything revolutionary within WORKNC.

In fact, he had no plans to acquire a new CAM system, but opted to see what WORKNC had to offer based upon the recommendation of a machine-tool manufacturer.

“We honestly didn’t think there would be anything very different — and were blown away by the ease of use of WORKNC,” says Wize, who adds that the software has changed the way jobs can be distributed at Astro.

“Basically, what did it for me was that we had two or three guys who could use our former software. With WORKNC, we have 10 to 12 guys who can use it — and two or three more who can fight their way through it,” Wize explains.

The ease of use inherent to WORKNC enabled Astro to broaden its capabilities by expanding from 3+2 machining to full 5-axis machining.

Designed to take the complexity out of 5-axis machining, the software includes integrated collision avoidance and strategies for special applications. Among those strategies are cycles for trimming, pocketing, and laser cutting, as well as blade, tube, and impeller machining.

The dynamic 3D stock management feature enables programmers to keep track of the state of the stock model throughout the programming process, as opposed to only at the beginning and the end — as is the case with static stock models.

"The 3d stock model feature is a very useful option for us,” West says. “Being able to rough the part out, and then go back in with smaller tools, helps us to remove as much material as possible before finishing.”

Being able to identify the state of the stock model throughout the process empowers programmers in the creation of much more productive toolpath. In WORKNC, dynamic stock model management allows the programmer to closely inspect the part between the roughing and finishing cycles. This makes it easier to select and apply cutters of multiple sizes for differing material-removal needs.

“Being able to change views and rotate around the part, while still knowing what has been roughed out in other views is especially helpful,” West says. “This feature helps to remove time consuming air cuts and increases life of our finishing tools, since there's less material remaining that they need to remove.”

West also utilizes the tool-holder collision feature in WORKNC to check for collisions between tool holders and part geometries, as well as to maximize tool usage.

“The tool-holder collision is another feature we find beneficial, whether it's something as simple as suggesting the minimum length of the tool, or as complex as only machining areas the tool can reach,” West says. “Tool holder collision removes the guesswork for us and ensures that we're never using tools longer then we need to. This increases surface finish quality and reduces chatter by using the shortest tools possible.”

Programmers are able to dynamically create tool-holder libraries within WORKNC, and then use defined tool holders to check for collisions.

The system also allows the programmer to select tool holders to obtain required tool lengths based upon the parameters of the operation. Optionally, WORKNC allows programmers to enter a known tool length so that the system can automatically split cutter paths into logical portions for any number of available cutters.

“WORKNC allows jobs to go through the shop a lot quicker because they have the ability to use the software and get it done,” Wize says. “It changed who I was able to give complicated jobs to. We went from having a model to making the parts in a lot less time. It was easier for people to learn.”