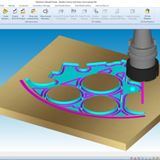 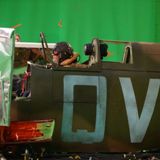 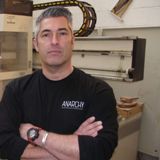 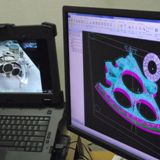 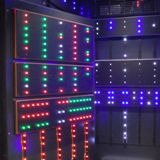 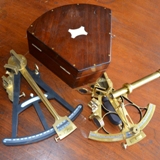 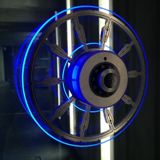 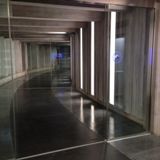 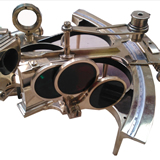 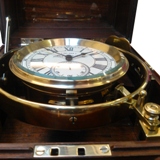 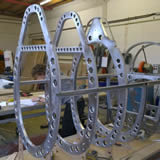 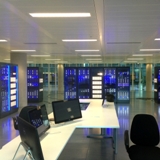 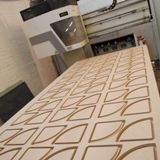 Whenever a new job comes into a company that film studios describe as needing the “cavalry,” digital designer and CNC supervisor Jason Szukalski is instantly thinking how ALPHACAM CAD/CAM software will break it down into machinable parts.

“We’re getting a reputation for being the cavalry because we can pull things out of the bag for the studios, by doing urgent jobs for them extremely quickly. And ALPHACAM’s the reason we can achieve this.”

With Watford-based Anarchy being just minutes away from the Warner Bros studios at Leavesden, that happens on a regular basis when a director changes their mind or an actor needs something different. The company also works closely with film studios at Shepperton, Pinewood and Elstree, creating high-tech futuristic, contemporary and period set dressings and props. In addition, they have a growing portfolio of work for television, point of sale and art installations.

We’ve succeeded every time, because ALPHACAM creates models and CNC code so quickly. We may have only a couple of days to do an impossible job. But ALPHACAM makes it possible.

Film work includes using ALPHACAM to create 50 I.T. servers, entrance lobby desks for the latest in the Mission Impossible series, Rogue Nation, starring Tom Cruize and Simon Pegg; film chronometers, sextants, whalebones, chests, anchor chains and barrels for In The Heart Of The Sea, starring Chris Hemsworth; and retro control units and a number of gadgets including bugs and bug detecting equipment for The Man From U.N.C.L.E., directed by Guy Ritchie.

“We sometimes think there’s no way we can do their rush jobs in the time span they give us, but we’ve succeeded every time, because ALPHACAM creates models and CNC code so quickly. We may have only a couple of days to do an impossible job. But ALPHACAM makes it possible.”

Typically a line drawing for a film prop will be in feet and inches, which he converts into millimetres and starts sketching it in ALPHACAM. “I may use Creo to do some 3D work, then it goes back into ALPHACAM where I break out all the individual components for machining, and send the NC code to the machine.”

Although he describes his 3-axis Pratix NST 8 x 4 router as an “entry-level” machine, he says driving it with ALPHACAM makes a big difference by producing highly complex items. “Using ALPHACAM means the Pratix performs tasks it was not originally designed to do. You’d be hard pushed to look at some of our high-end parts and not think they’ve come off a 5-axis machine.”

Around 95 per cent of Anarchy’s jobs begin life as an ALPHACAM drawing and move on to the router for cutting with ALPHACAM toolpaths. “Then there are traditional model making techniques for finishing, and on to the spray booth. If it’s a mechanical type of job there’ll be engineers working on it, too, but ALPHACAM, is central to everything – that’s what brings it all together.

“I’ve been using ALPHACAM for nearly 25 years, and as soon as I look at a job I’m mentally breaking it down into the machinable parts and thinking of the necessary workflow.”

Anarchy operates out of 5,000 square metre premises with four employees...calling on a number of subcontractors when they’re working on a major film. They cut a wide range of material, including MDF, hardwood, softwood, aluminum, brass, foam, Foamex, polycarbonate, nylon and chemiwood. Any steel work that is required is drawn up in ALPHACAM and sent to a subcontractor for laser cutting.

Jason Szukalski, who is a director of Anarchy, began his career as a model maker when everything was done by hand. “I embraced CNC technology when it came in, as I could see what a valuable tool it was, and it’s absolutely vital now I’m working with special effects, making objects and props for films and advertizing, which is very exciting.

“I can be sitting at home watching television, and suddenly comes on that we’ve made. It’s a real buzz.”

• Single software solution for model breakdown and CNC code.
• 95% of Anarchy’s jobs begin life in ALPHACAM before moving on to the CNC router for manufacture.
• ALPHACAM enables the 3-axis Pratix NST 8 x 4 router to perform tasks it was not originally designed to do.

“You’d be hard pushed to look at some of our high-end parts and not think they’ve come off a 5-axis machine.”