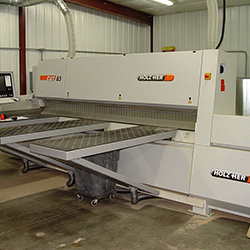 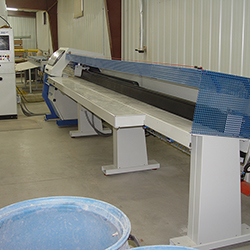 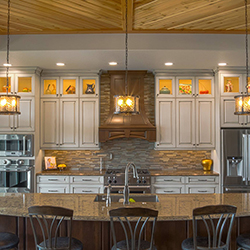 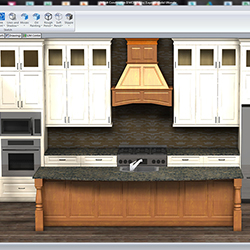 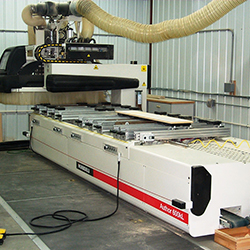 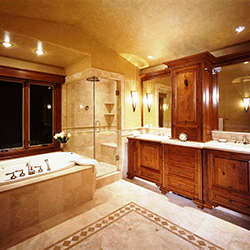 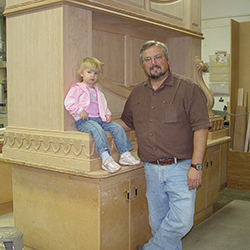 All in the Family

Many of us only dream of turning our hobbies into lucrative careers, but the Scherr family succeeded in building a thriving business from a woodworking hobby more than 40 years ago.

“I’ve been around woodworking my entire life, always taking scraps from my dad and making things,” says Wayne Scherr, who co-owns Scherr’s Cabinet and Doors, Inc., of Minot, North Dakota, with his brother, Leon. “It was a hobby for me — and I thought that it would always be a hobby.”

Scherr’s father, Anton “Tony” Scherr, was the first Scherr family woodworking hobbyist to turn his love of the craft into a career: He established Tony’s Custom Woodworks in the garage of his home in 1977. At the time, his wife — and Wayne’s mother — was running her own business, Marcy’s Draperies, in the home’s basement.

In 1978, the two businesses moved into the same commercial building, where Anton handled woodworking duties in the back of the shop, and Marcy made drapes and sold them from the front of the shop. Eventually, the drapery business was retired and the company was redubbed Scherr’s Cabinet and Doors, Inc.

Today, the company employs a staff of 15 and primarily serves the residential market, though it does do some light commercial business. The Scherr brothers and and their team work with homeowners, designers and contractors to provide custom, one-of-a-kind, high-quality cabinetry and doors.

"After seeing all that it could be, I was convinced that CABINET VISION was going to be our future with cabinet software.”

Wayne, who studied engineering, had long considered himself more a “gearhead” than a woodworker. While in college, he was working as the head of a cleaning crew when the demands of the family business began to call with increasing frequency. “As my dad was getting busier, soon I was helping him more and more. I was doing so much around the shop that I realized I didn’t need the other job,” says Scherr, who joined the family business in 1978.

The Scherrs began using the Cabnetware solution, by Vero Software, to help manage their jobs in 1991. The software initially helped the Scherrs to increase efficiency by managing materials and generating cutlists. However, after acquiring their first CNC router in 2001, they upgraded their seat of Cabnetware to include CNC programming capabilities.

“What I was looking for was a better, faster way to size our cabinet doors than what we had,” Scherr says. “We were doing a lot of handwork at that time, which was time consuming and monotonous. We had talented people that could have been doing something else, and that’s why we decided to get into CNC.”

In 2015, after seeing a demonstration of the CABINET VISION design-to-manufacturing solution, also by Vero Software, Scherr decided to make the switch to CABINET VISION.

“After seeing all that it could be, I was convinced that CABINET VISION was going to be our future with cabinet software,” Scherr says. “I think that the best tool I saw was the ability to create and save library objects — or project details that you can use again and again — without having to reinvent them every single time.”

For instance, Scherr explains, a library object that he was able to save for future use is a frame for a farmhouse-style sink cabinet.

“Your library objects can be just about anything, and it’s great because it means that the time you spend designing projects will pay off again and again. It’s another way to be more efficient.”

Scherr also takes advantage of the flexibility built into CABINET VISION in the form of User Created Standards, or UCSs, which allow users to customize and automate CNC programming to include production preferences. UCSs are often used as standardization tools, as they assist shops with consistently and easily implementing preferences and, or, best practices.

“Part intelligence is a huge advantage with CABINET VISION and, of course, the UCSs lets you create a level of customization,” says Scherr, who has learned how to write his own user standards. “Even though there is a learning curve with the UCSs, I knew I wouldn’t look back and regret taking the time to learn how to do it — and I don’t. I am embracing every tool that I can use.”

Users have the option of writing their own UCSs, which can also be purchased or downloaded. Some of those that he has established are devoted to resizing and implementing various size constraints.

“If you take a shaped object and you have end points, the UCS allows you to maintain or define the points as you make something larger or smaller,” Scherr says. “It’s a big time saver and all of the customization we have done has made us a lot more efficient.”

Implementing CABINET VISION has helped the Scherrs and their team continue to manage vital job details, such as materials and cutlists, while achieving a higher level of efficiency than ever before. It has also helped them to maintain the level of quality and expert workmanship on which the company’s reputation is built, and to embrace the creative side of the businesses with confidence.

“We want to maintain a level of craftsmanship,” Scherr says. “I really don’t want to be just a maker of boxes. We work a lot with our customers to come up with creative solutions and to get ideas. Sometimes some of that can be frustrating — but even when it’s frustrating, you have to always like a challenge.”

Sharing leadership duties in a bustling shop leaves Scherr little time to enjoy the hobby that led he and his brother, and their father before them, into a successful career. As his home is just a few hundred feet behind his shop, Scherr is able to take the time to tinker at home, where woodworking can still feel like a hobby.

“I will purposely take on a job that requires a little extra handwork that I can take to my own little shop where there’s no phones,” he says. “In there, it’s quiet and I can just forget everything else and enjoy myself.”

“After seeing all that it could be, I was convinced that CABINET VISION was going to be our future with cabinet software.”