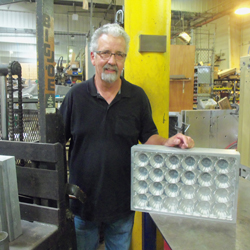 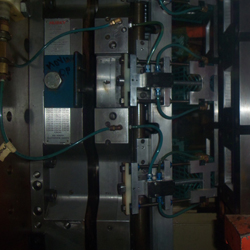 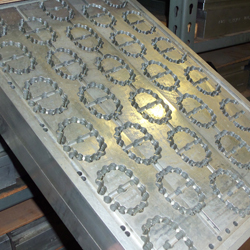 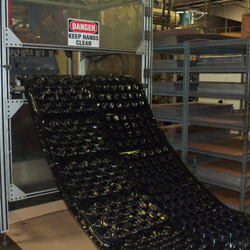 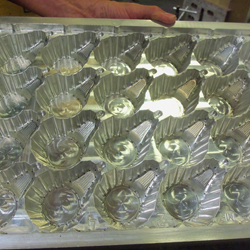 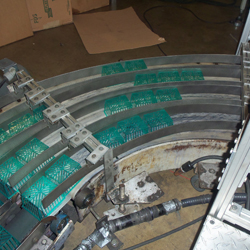 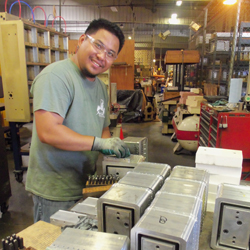 A History of Excellence

The F-D-S Manufacturing Company has used SURFCAM for nearly decades to produce its range of agricultural packaging products and remain competitive.

A stroll through the bustling plant of agricultural packaging giant F-D-S Manufacturing is a firsthand lesson in the power of innovation.

Based in Pomona, Calif., the 230,000 square-foot hive of activity is a testament to the ability of invention to not only jumpstart a business, but to keep it alive and kicking for 65 years — and counting.

Established in 1950 by Fritz Fernstrom, Dan Dayton and Sam Stevenson, F-D-S is named for the trio whose initials became its moniker. While it wasn’t long before Stevenson was the only remaining founder, the company continued to thrive under his guidance.

Today, his son, Robert Stevenson, is the company’s president. He’s also the man who ensures that the business remains competitive by developing and improving upon products while continuously streamlining manufacturing processes.

The fertile seed that would become F-D-S was planted when Sam Stevenson, who was then working at a paper mill owned by Fernstrom — along with fellow employee Dan Dayton — built a machine for corrugating paper. Desirable to the agricultural sector for packaging fruit, the corrugated pads could be placed at the bottom of the wooden crates used to ship produce, which both protected the fruit and improved ventilation during transport.

“The corrugated paper was great for the agriculture industry, but we saw that it had other uses and we started selling the paper to industrial users, like manufacturers of window frames,” says Robert Stevenson, of how the business diversified over the years.

Robert Stevenson, a graduate in mechanical engineering from California Polytechnic State University, Pomona, officially joined F-D-S in 1973 — though he’d been loading trucks and performing other tasks at the company for several years prior.

It was in 1978 that the younger Stevenson demonstrated his own knack for innovation by developing a design for strawberry baskets, specifically a small, green, well-aerated model that we’ve all seen in grocery stores.

“I had to do a lot of talking to get the old man to invest in injection-mold machines, which is what we had to do to start making the strawberry baskets,” Stevenson says.

To manufacture its expanding range of products, F-D-S began to use Fadal CNC machinery in the 1980s, and implemented the SURFCAM Traditional computer-aided-manufacturing (CAM) solution, by Vero Software, in 1990.

“We’re a SURFCAM house, really,” says Stevenson, who for decades was in charge of CNC programming at F-D-S. “Once we had SURFCAM, we were able to cut programming down 50 to one.”

Stevenson worked closely with mold manufacturer Mike Cyr, who was head of an on-site mold shop at F-D-S before retiring in 2011, when Dave Sprague took over. Cyr, who continues to do some part-time work for F-D-S, was in charge of manufacturing the company’s very first injection molds.

“It’s always been challenging, and it’s always something new,” Cyr says of mold production at F-D-S. When F-D-S started thermoforming fruit trays, and then clamshells, it was at a time when customers delivered paper designs to pattern shops, which would manufacture the sand castings on which the molds would be built.

Prior to the advent of CAM software, the company developed “server” programs with Fadal that helped deliver G-codes for its increasingly complex molds. With the implementation of SURFCAM several years later, the company was able to significantly improve manufacturing time and expand its programming capabilities.

And while there was a learning curve to fully utilizing the new technology, Stevenson and Cyr jumped in with both feet and quickly saw the benefits of the investment.

“I expect a new mold to be built at the highest possible level of quality, and tomorrow I will expect an existing mold to be fixed at that high level,” Stevenson says. “We weren’t afraid to change the materials, coatings, bushings, fits, to make the best molds that we could.”

If you consider that peaches grow in a range of sizes, molds made to accommodate fruits of 27 different sized peaches had to be manufactured.  And so, as the company continued to expand, the demand for an increasing range of products expanded, as FDS now has over 600 different molds.

Producing a mold without CNC software or the company’s custom server setup took as long as three months — which was about two months and three weeks too long for Stevenson and Cyr.

“Mike had to machine five sides of every cast aluminum mold block, and then drill 450 vacuum holes,” Stevenson says. “It took a very long time.”

“Finally, we said, ‘We’ve got to step up or we’re never going to get this done,’” Cyr says of turning to technology for help as F-D-S strived to lay down the process for making strawberry baskets in 1978.

While the server system established by Fadal fit the bill when it came to manufacturing the company’s first molds, it’s used SURFCAM for nearly three decades to remain competitive.

“At one point, we grew from zero to 500 million strawberry baskets each year, and the cycle times are such that you would do a million cycles every two months,” Stevenson says, noting that his injection-molded products have five-second cycle times. “We had to constantly learn how to do things differently and more efficiently, which included learning how to make molds and then learning how to work with tool and die.”

Stevenson worked with the SURFCAM Traditional team to perfect the post processors for his three and 4-axis machine tools, and was the man responsible for creating toolpath at F-D-S.

“I could do the design — which used to be on paper — check the toolpath, and modify things until it was perfect,” says Stevenson, who has since implemented the SOLIDWORKS ® computer-aided-design (CAD) solution, by Dassault Systèmes, for the company’s design work. “I like to go back and check toolpaths and do toolpath editing, which SURFCAM will allow you to easily do.”

Stevenson notes that F-D-S also continues to utilize design functions within SURFCAM and that
“the design guys,” including his son, Kevin Stevenson, “are constantly designing” to improve and create new products.

With production in full force in Pomona, as well as at another 100,000 square-foot plant in Fowler, Calif., F-D-S shows no signs of slowing down. A model of efficient self-containment, the company does, however, show signs of changing with the times.

As evidenced by its use of recycled bottles for the creation of plastic sheeting for thermoforming, the self-contained, turbine-powered hub — featuring environmentally friendly upgrades by Kevin Stevenson — is ostensibly improving with age.

And just as the company continues to embrace change, it will continue to embrace technologies, and to fully utilize its CNC machinery and software.

“SURFCAM is efficient at getting the work out of the office and out to the floor to get done,” Stevenson says. “It has been a tremendous help to us over the years.”