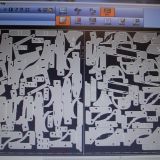 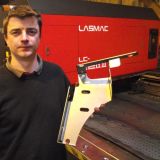 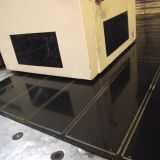 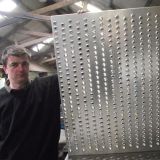 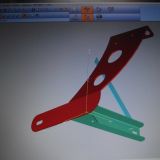 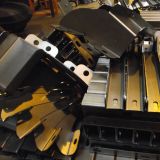 Project Nesting – “You’d Be Mad Not To” says Engineer

An engineering subcontractor says RADAN’s Project Nesting function has changed his life and completely revolutionized the way his company works.

“I’d been waiting for something like this for years,” says Andrew Hemings, Managing Director of Suffolk-based Hemings Engineering, who started using the powerful project nester as soon as it was released. “It’s unbelievably fast and efficient. I can nest three days work for the laser in an hour.”

"I'd honestly say anyone not using project nesting is mad. It's unbelievably fast and efficient"

It also means they no longer have to run existing nests on their punch press. Previously, their LVD turret punch used to run saved nests, purely for speed, even if they were not totally efficient for the particular job, as they had to manually log every part while creating new nests, which he says was time consuming. “Project nesting means we’re not producing extra parts that aren’t needed. It’s more efficient and cost effective to create new nests every time now rather than use old ones.

He says project nesting has many advantages. “I simply pick a part, nest it and fill the sheet, and if I’ve got parts left over I put them in another nest and fill the rest of the sheet with different parts.” And the same thing works in reverse: He cites an example of the ongoing production of 6mm steel brackets for a medical contract. “We can often slip a number of those on to other nests, so it’s helping us become more efficient and increase profits.

“Previously we used to nest just one product or one kit of parts on a sheet, and all for the same customer. We hardly used to mix and match at all. Now we might have five sheets comprising different nests of different parts for different customers.”

And that is a huge benefit as they can be manufacturing parts for customers across a range of industrial sectors at any one time, including medical, commercial vehicles, leisure, electronics and agricultural.

Medical contracts include frameworks for adjustable treatment couches, cabinets and bins, along with parts for MRI scanners produced on their Amada Alpha laser. Components for commercial vehicles range from a single angle bracket to a complete set of brackets and framework for bolting adjustable aerodynamic moldings to lorry cabs. “We do a lot of development work for vehicle aerodynamics – a customer brings us a truck and the aerodynamic molding, and we develop the brackets and fitments for attaching it.” They have also created a punched non-slip platform for lorries (pictured left).

The company manufactures components for a range of golf machinery, including golf ball washing machines, ball dispensers and devices that pick the balls up on the driving range. In addition they produce control cabinets and guards for the electronics industry.

Andrew Hemings says while mixing components for all those sectors on a single nest is child’s play with RADAN’s Radnest which drives both the laser and punch, their laser cutter is actually holding the software back. “The laser was second hand when we had it two years ago, and it’s running near to capacity now. We might run 25 different parts on a nest at the moment, but if we try to do any more the Amada can’t accept the size of the program. I’m intending to replace it with a more modern one soon that’s able to keep up with RADAN’s potential. It’ll be nice to utilize that extra automation that we know RADAN’s capable of.

“We’re getting a lot more work now, and RADAN helps us do it without having to put in extra hours. The business couldn’t operate without it. We simply couldn’t program online at the machines for the sort of components we make. And because we’re a small company I’m often on the shop floor, so if I had to be in the office nesting slowly, I’d have to employ a full time designer/draftsman/nester.”

He says project nesting puts him totally in control over every aspect of the operation. “Everything is done automatically. If it says we’ve cut 50 parts then we’ve definitely cut 50 parts, and we can easily switch between the punch and laser.” With most jobs needing to be turned around in three days, he’ll take customers’ orders once or twice a week and put them into a project.  Small batches are cut on the laser, and generally they only punch higher volumes and all aluminum components.

Occasionally Andrew Hemings will develop a component at a customer’s premises and nest it there, too. They are shortly upgrading their DNC system enabling him to email the nest to their cloud so it can be run while he is still offsite.

What would he say to manufacturers who don’t use project nesting? “I’d honestly say they’re mad. Maybe if they’re manufacturing the same part day in, day out, they don’t necessarily need it, but when you’re doing something different every day it really increases efficiency, improves material utilization, and, at the end of the day, increases profits.”

"Previously we used to nest just one product or one kit of parts on a sheet, and all for the same customer. We hardly used to mix and match at all. Now we might have five sheets comprising different nests of different parts for different customers"