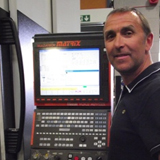 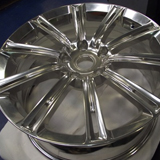 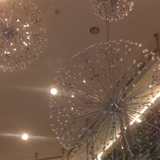 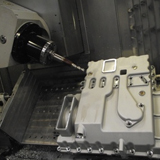 “We’ve Won Business Because We Use EDGECAM”

A specialist company in rapid prototyping and ongoing multi axis production engineering says it has won business as a result of using the market-leading CAM system, EDGECAM.


Adrian Penny (pictured right), Prototype Manager at Birmingham-based R.T. Palmer Ltd – which is to be renamed Advanced Engineering (UK) Ltd in November 2011 – says: “Thanks to EDGECAM, if you can draw it we can make it.”

Following substantial investment in new machinery, EDGECAM, personnel and a 4,600 square foot extension currently being built to take the total size of their factory to 13,000 square feet, business is booming, with order books full for the foreseeable future.

Predominantly motor industry manufacturers, with Jaguar Land Rover being a major customer, R.T. Palmer Ltd mainly machines from solid nowadays, rather than castings which used to represent the lion’s share. Components and products include engine blocks, wheels, interior and exterior trim, vents, grills, seat belt bezels, and housing for electric window switches(below, right), all of which go through EDGECAM programs.

However, their expertize means they also manufacture precision-machined, competitively priced, on-time products for a variety of other sectors (including lighting components for Next stores, pictured left).

While they have three Mazak 5-axis mills, most of their work is handled with 3 + 2 axis strategies, using the machine as an indexer, moving either the spindle, the head or the palette to the desired position then carrying out standard 3-axis machining. Adrian Penny says for most of their work they do not need the full 5-axis function, but when they do, EDGECAM seamlessly integrates 5-axis simultaneous machining, allowing a range of multi-axis cutting strategies to be applied to the most complex tooling or components.

Along with the 5-axis Mazaks, they have six Mazak 4-axis vertical centers with an order pending for two more. Six Haas 4-axis mills are also used, along with a Haas mini mill, and there are a further two of those on order.  For the small number of components that need turning, EDGECAM also drives two Okuma & Howa machines, along with a Nakamura and Haas lathes.

He says that thanks to EDGECAM, programming solid components is “ten times easier” than it used to be just five years ago. “The feature finder facility is particularly useful in locating all holes, pockets and slots. Before EDGECAM you had to measure the hole that’s on the model, create your tool, then drill or tap or whatever was needed, but EDGECAM not only finds the hole, it will also tell you if it’s threaded or counterbored, and what size tools are required. It really does everything for you.”

While the programming time EDGECAM saves on prototypes varies considerably depending on the complexity of each individual job, he says that what would take eight weeks without EDGECAM, can now be done in two days. “But we literally could not machine some of the components if we didn’t have EDGECAM – they would be physically impossible to produce.” New designs in files such as IGES, Catia, ProE or STEP are easily imported into EDGECAM, and Adrian Penny and CAD/CAM engineer Mick Mann spend most of their working days creating programs.

Three of the shop floor machine operators also have varying degrees of EDGECAM knowledge. “Production runs 24 hours a day, so they may have to check what’s been done in a program when I’m not here.” He says it is testament to EDGECAM’s ease of use and user friendliness that the operators have only needed on-the-job guidance to reach the level of proficiency that they need.

The programmers also find the post processors to be simple to use, and say it is critical to their business that EDGECAM can drive machines across the range of cutting technologies and manufacturers. “The posts work very closely with the EDGECAM ‘engine.’ Without EDGECAM I couldn’t create the program, and without the post processors I couldn’t get the code out to drive the machines. The posts have to be 100% linked to the machines, and they are.”

Adrian Penny has recently installed the latest release of EDGECAM, 2011 R2, containing an enhancement he specifically asked for – the new Flow Surface cycle (pictured left)  which follows the flow of the surfaces, making it ideal for machining fillets and 3D surfaces. The cycle provides improved surface finish, helical support to reduce link moves, and multiple face and surface support.

One of the main reasons he was originally employed by R.T. Palmer Ltd five years ago, was because of his expertize with EDGECAM. “I needed to get EDGECAM up and running with the Mazaks, and we quickly won business because EDGECAM was able to utilize the machining centers to their full potential, meaning we could manufacture complex components that we couldn’t have done before.

“EDGECAM really is my bread and butter. It pays my mortgage. I have a good job here thanks to EDGECAM, and I wouldn’t be working here if I didn’t know how to use it.”

There are new releases of EDGECAM software twice a year. To see the amount of work that has gone into developing each release, visit the EDGECAM Release History section.

• The original Mr R.T. Palmer sold the company around 10 years ago, and to better reflect the work they now do, it is being renamed Advanced Engineering (UK) Ltd, in November 2011.