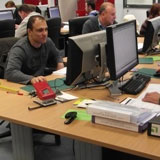 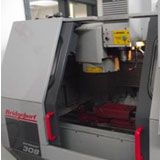 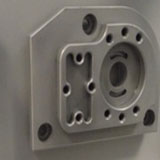 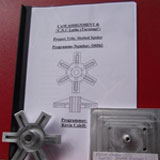 With both the Irish state training agency and colleges teaching learners about the ALPHACAM market-leading CNC software in the Republic of Ireland, young learners are more likely to be offered jobs, and mature learners who are reskilling also find it easier to get back into work.

As the Irish National Training and Employment Authority, FÁS anticipates the needs of, and responds to, a constantly changing labour market. Its training and employment programs provide a recruitment service to jobseekers and employers, along with an advisory service for industry, while supporting community-based enterprises.

The FÁS center at Raheen in Limerick specializes in CNC training, and programs its Bridgeport and Mori Seiki mills, and Emco lathes, with ALPHACAM. As well as year-long City and Guilds courses covering CAD, manual programming and CAM programming for mills and lathes, along with Computer Aided Competencies, The Computer Aided Engineering Department runs sponsored courses for industry, giving training in CNC set-ups and programming. There are also courses for the unemployed, providing them with new or additional skills to get back to work in the metal industry.

Instructor Gearoid Ryan (pictured right, with the Emco lathe) says: “There are distinct differences between our courses and those offered by local colleges and universities. We provide very practical skills, concentrating on the machine side of things – just the relevant subject and the theory about it.  It’s the practical, vocational aspects, geared towards getting the learners a job or improving their skills if they’re already working in the industry, instead of just giving them an academic qualification.”

With ALPHACAM’s renowned ease of use, learners are literally manufacturing parts from aluminum and steel within a week of starting their course. “First of all, they’re taught to use 2D, then solid modelling CAD systems, before moving on to manual part programming and machine set-ups. Then we introduce CAM, and they learn about ALPHACAM for mills and ALPHACAM for lathes. We focus on milling first because there’s more for them to learn and do as there are more functions than for turning work.”

ALPHACAM-related tasks begin with learning to draw on it, using the powerful CAD module. “This is preparing them for when they find a mistake in a customer’s drawing. We give them the skills to change it in ALPHACAM. Then they learn to apply the toolpaths – we literally take it from a basic level through to an advanced level.” Learners program the lathes to produce a variety of intricate shapes, both internally and externally using inside and outside profile tools, roughing tools, U-drills and threading tools. On milling, they cover everything from pocket cycles to drilling and tapping, and to profiles – both inside and outside.

Learners’ ages range from 16 to 65, some come with good computer skills, others may have never used a computer before. Some go to FÁS looking to upskill having worked in engineering previously, while others might not have even basic engineering knowledge. “But I’ve never had a learner from any age group or level of experience who’s struggled with ALPHACAM,” says Gearoid Ryan. “They all master it very quickly. And they quickly see the possibilities it offers them to fully utilize CNC machines: they love its power and the intricate shapes it lets them produce, which would be so difficult, if not impossible, to write a program manually for.”

The learners are guided at their own pace, depending on their experience, taking them all to the same point at the end, with the qualification.

FÁS also teach their learners G-Code so they can fully understand how a program is built up, meaning they have a greater appreciation of the underlying principles of CNC programming. “If  the learner has good grasp of what goes into building a program, it helps them better understand why they’re doing something in ALPHACAM,” he says.

It is that same philosophy behind FÁS training in how to use Heidenhain and ISO. “Because post processors are outputted and sent to our Bridgeports in Heidenhain, and to the Fanuc controllers on our Mori Seiki and Emco in ISO, it helps learners to make changes such as adjusting a tolerance feature, or adding something at the end of a program – perhaps bringing the table forward for loading. If they’re versatile in those languages it saves them having to generate the program again from scratch.”

In addition, the course teaches learners how to use ALPHACAM for programming CNC woodworking routers. “It’s an overall package covering a lot of areas involved in both engineering metalwork and woodwork. If there’s a vacant job in one of those fields we’ll have trained someone to be able to fill that vacancy.”