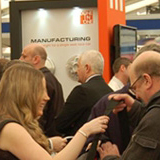 The 2014 releases of three key Vero Software products will be unveiled at the Northern Manufacturing Show, which runs in Manchester on October 2 and 3
.
ALPHACAM, EDGECAM and RADAN will be demonstrating new and enhanced functionality on stand D46 at the Event City venue.
As a showcase for manufacturing excellence in the North of England, the exhibition is ideal for visitors to see how the forthcoming releases of ALPHACAM, EDGECAM and RADAN bring added value to the manufacturing process.

New functionality for turning includes the Part-Off cycle now being supported on the bottom turret; editable lead-in/out for balanced finishing; the Project Manager has an option to edit lead-in/out on finishing operations; and there is a new angle settings option for auto lead-in/out.

For solid lathe tools and turrets there is now full support for Solid, STL and extruded geometry type tooling and turrets; support for rotary, linear and tool changer type turrets; multiple turret and spindle support with full synchronization and simulation; and B and Y axis support.

Other enhancements include improved tool selection dialog, and CDM and APM improvements.

With EDGECAM’s recent development of the game-changing Workflow in the 2013 R2 release, 2014 R1 builds on customer feedback, further enhancing the user experience. Additional streamlining of stock, part and fixture set up sees features such as dynamic preview and manipulation, which take place in real time, reduce the process users take to set up parts for manufacture.

A new chamfer/deburring cycle is introduced which will automatically break edges from the vertical axis, removing the need to prepare geometry before machining. All surface machining cycles will see the benefit of 3D cutter radius compensation (CRC) which is becoming more and more popular in complex industries requiring tight tolerances. And the powerful solid modelling environment, Part Modeler, has additional manufacturing preparation features, including automatic fillet recognition and sizing, allowing users to efficiently prepare third-party solid models for manufacture.

Improvements have been made to simulation and time calculation by moving them into the area where sequences are defined, instead of running the processes based on the NC code. The simulation graphics now include which tools have finished and which are not done, feed rates, and accelerations.

Enhancements to the 3D workflow mean considerably fewer mouse clicks, saving on time and errors. For a single part, it’s reduced from around 28 to just three or four. The same automated process applies to parts for assemblies.

Additional safety measures have been introduced to prevent profiles tipping on flat-bed lasers. This is achieved by cutting profiles in danger of tipping, into smaller pieces before cutting the final shape. Instead of cutting it in one go, it cuts a grid across it first, so when the final profile is cut, the small parts of the grid simply fall away.

The 2014 release adopts the same common cutting strategy for punching as is used for profiling machines. And there are also enhancements to how RADAN manages cluster tools and asymmetric wheel tools.