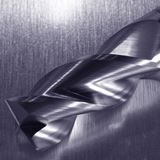 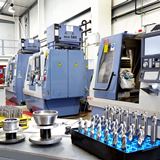 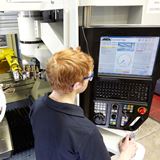 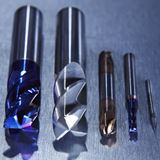 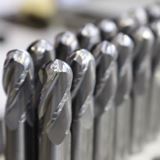 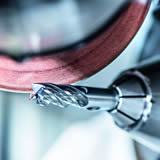 “The approach to selling cutting tools into manufacturing processes requires more than the tool itself. That’s why Fenn Tool has selected EDGECAM as a technical partner.”

Those are the words of Fenn Tool Sales Director Brian Pearce, who says it’s important for his engineers to understand the whole manufacturing process, and provide a full tailored solution for the customer. “It involves expertize in tooling selection and implementation – this is the area we approached EDGECAM for, who have recently trained four of our engineers, and further training is planned.”

With a team of 12 field-based sales engineers, he says Fenn Tool is in a good position to take advantage of their collaboration with EDGECAM. In particular, he says EDGECAM’s game-changing Waveform high speed machining strategy has played a key role in two of their UK product launches – their own 5-flute Penta Mill; and the Speedtwister, through their role as UK agent for Austrian carbide and HSS cutting tool supplier, Maykestag.

Founded by owner Peter Fenn in 1982, Essex-based Fenn Tool has developed into what is now one of the largest independent cutting tool distributors in the UK. Fenn were already well known as sole UK agents for many top European cutting tool manufacturers when they began to produce their own solid carbide end mill Fetoga range in 2000.

“Fenn offers an extensive range of tooling for any application, through to systems and equipment to improve productivity,” says Brian Pearce.

As well as the company’s ever-expanding cutting tool portfolio, they also supply complete tooling packages for customer projects from conception through to completion, in a wide range of industries, including aerospace, automotive, medical, oil and gas and general engineering.

“The partnership between Fenn Tool and EDGECAM means we can provide a manufacturing solution with our cutting tool technology. Our customers get a combination of the right tool and software which is a perfect fit for their machine tools, ensuring the best results from their capital investment.”

As well as improving material removal rates by up to 500 per cent in some cases, Waveform also considerably lengthens cutting tool life brought about by constant chip load, as the increased depth of cut means the full flute length is utilized, providing a more stable cutting condition.