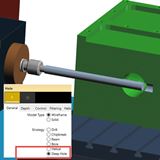 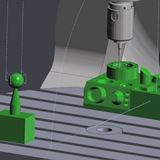 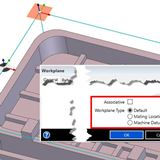 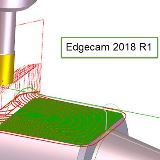 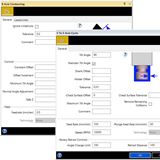 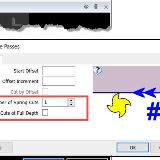 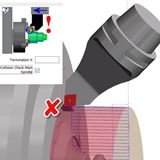 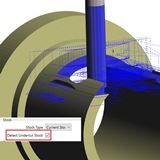 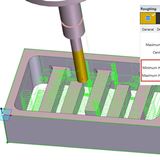 Major enhancements to the 2018 R1 release of SURFCAM, from Vero Software, include time saving updates to roughing cycles for milling, turning and MTM…and the prevention of unnecessary CAM regeneration.

It is this latter update which is seen as being the most important for manufacturers. When a user makes an edit to an existing command, SURFCAM 2018 R1 will not automatically regenerate the remaining instructions. SURFCAM Brand Manager John Buehler says when editing a tool command, there will now be no regeneration if the alteration does not affect the corresponding cycles with aspects such as coolant or high-speed.

Support for JT Open files is incorporated for the first time. This is a lightweight 3D model format developed by Siemens PLM Software.  “As this file format is expected to become increasingly popular, more and more SURFCAM users will benefit with the files now being supported in the Solid Machinist for Parasolid license. And there’s also support for AutoCad 2018 DWG/DXF files.”

First released in SURFCAM 2017 R2, the SURFCAM Inspection module has been significantly enhanced, which John Buehler says brings many new features to the software. “Considerable progress has been made with the postprocessor development and NC output, through new Code Wizard options. This includes support for Fanuc macros.

SURFCAM 2018 R1 continues the evolution of updating cycle dialogs with pictures and context-sensitive help, by updating the B-Axis Contouring Cycle, and 3- and 5- Axis cycles. This not only assists experienced users to easily interpret an infrequently used command, but also helps less familiar users to rapidly understand fundamental functionality.