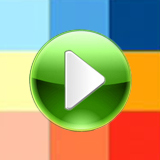 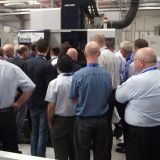 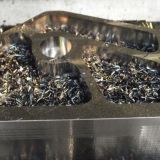 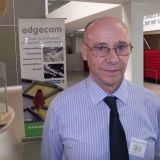 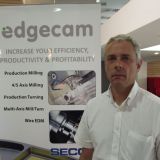 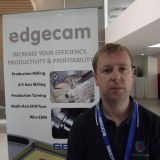 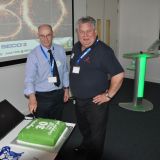 EDGECAM celebrated 30 years in the CAD/CAM industry by holding a productivity event at Seco’s new Technology Center. Manufacturers from around the country attended the seminar, where they learned from Seco’s Business Development Manager – Products, David Magnall, how a dedicated partnership of suppliers forms “the complete solution for the metal cutting industry.”

EDGECAM engineer Mike O’Neill said Workflow – which was introduced in EDGECAM 2013 R2 – and the Waveform Roughing Strategy launched last year, are the most significant developments in EDGECAM’s history. He and Pre Sales Manager Lee Richards detailed how Workflow automatically loads a part in the correct manufacturing environment, with datum set, enabling CAD/CAM engineers to apply toolpaths within seconds.

Steve Heatherglen, Seco’s Product Manager for Indexable Milling, explained the theory behind high speed machining, outlining machine tool requirements such as NC control, block cycle times, machine rapidity, spindles and run out. He showed how harder carbide tools were used with small arcs of contact, creating small radial cutting depths. And he highlighted its difference from high feed milling, which he said was a roughing process designed to remove as much material as possible in the shortest time.

EDGECAM users said they found the event invaluable in keeping up with EDGECAM’s latest “game-changing” developments.
•    Tom Newbery, Technical Director of VES Precision Ltd, said Workflow will dramatically speed up the programming of parts for their aerospace and food industry components, and Waveform has already considerably extended tool life.
•    Waveform is now Aerogrind Tooling’s default roughing strategy, according to Managing Director Tim Shillabeer, who said: “We’ve used it successfully in many recent applications.” And he forecast that Workflow will enable him to provide a better, faster and more efficient service to customers. “It’ll speed up the programming process, so we can start cutting metal much quicker than in the past.”
•    Andrew Wright, Production Engineer for both Newburgh Engineering and the Nuclear Advanced Manufacturing Research Center, expects Workflow to reduce part setting up time. “It’ll take out a lot of the mundane operations that we do day to day, such as repeats, rotations, orientating them in the correct way, and setting stock. Basically it’ll reduce the nuts and bolts of setting the part up and getting to the toolpath generation much quicker.”

The seminar also looked at other new and enhanced functionality in EDGECAM 2013 R2, including moving faces, the 3D Mirror procedure and the Analyse Profile command in Part Modeler.

Turning enhancements include support for multiple turrets with the Siemens and Mori Seiki code wizards...the intention is to roll this out to more templates in future releases...and a new Finish Groove cycle.

Milling cycles have been updated to allow boundaries to be selected directly from solid edges without the need to create wireframe geometry from edges or Edge Loop Features first.

In previous versions of EDGECAM, each time the simulator was started the entire toolpath was sent from start to finish, along with all the model data. An update in 2013 R2 means it picks up where the simulation last finished.

A new Wire Profile Feature command has been added to find “wireable” features directly from a solid, removing the need to extract geometry from a solid body, which can be time-consuming. Multiple 2D and lofted form features can be created within one transaction. Moreover, the Wire Feature is associate to the solid body, meaning that if the original model is altered, the wire path is automatically updated.