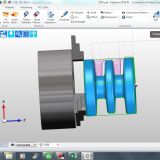 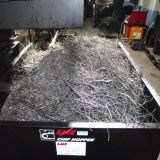 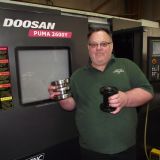 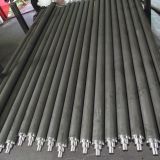 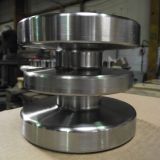 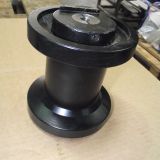 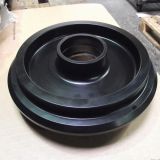 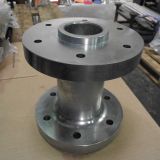 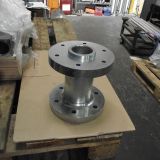 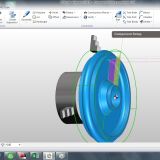 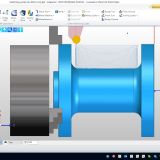 “I just don’t know how we’d manage without it now. We’re so much quicker and efficient. We used to empty our swarf skips once a day. Now we’re emptying them three times a day."

Managing Director Paul Davies takes up the story: “We went to the launch of Seco’s Duratomic insert and saw a demonstration of waveform turning on a component very similar to one of ours. Seco’s CET engineer Joe Gooding and local area business manager Daren Thomas later ran some trials and set up a program for us. We decided that was the way forward, so we invested fully in EDGECAM.”

EDGECAM, from Vero Software, brought out their waveform roughing strategy for turning following the success of waveform roughing for milling…and Paul Davies says they also benefit from that. “We have a milling job that used to take around three hours to program. Now it takes 15 minutes.”

But as the vast majority of their work is turning, that is where they find the waveform roughing strategy to be most valuable. Before investing in EDGECAM they used standard tooling for roughing the fan spacer, which is 200 mm long with a 180 mm diameter and a wide undercut. “The tool went in one way at an angle, then backwards in a copy turning process to generate the slot, which was a very long-winded way of programming and machining, and we needed two tools, but it was the only way we could do it.”

Now, with the waveform turning roughing strategy, they use a 16 mm button tool with Seco’s Duratomic insert for the full process with a feed rate that has increased from 0.3 to 0.8 per rev. “At first we were nervous about ramping up feeds and speeds for what, to us, was a completely new way of working. But I’d seen it in operation during the demonstration at Seco Tools so I knew what it was capable of.”

He says waveform turning has fully justified their EDGECAM investment, as they not only use it for external grooving, but also for face grooving.

While the company still manufacturers printing rollers and other components for the print industry, diversification means they have added fragile camera components, and parts such as pins, idler wheels and sprockets for earth moving equipment to their portfolio, along with undertaking work for agricultural companies and general engineering jobs.  Having started in business seven years ago, they moved to their current 9,000 square foot premises in Aberdare in 2013, and currently operate with 16 employees.

Waveform turning is now used extensively during their manufacture of rollers which are sited between the front and back of mini diggers, holding the track; grooved top and bottom rollers; and the end face of idler wheels which take up the slack on mini digger tracks.

“EDGECAM’s waveform roughing is now our standard turning strategy of choice, especially where the customer supplies us with a STEP file.”

“Keeping the cost of making our products down is always our biggest challenge, but EDGECAM overcomes this by saving time in both programming and machining, which is improving our turnaround time by getting the piece parts out of the door quicker, making us more competitive and winning us more business.”

As Printing Components Ltd mainly use Seco cutting tools, the partnership between Seco and EDGECAM is proving to be a particularly useful one-stop solution for getting the best out of their Doosan machine tools.

Other than the waveform roughing strategy for both turning and milling, he says the whole concept of importing a STEP file, generating a program and taking it to the CNC machine on a USB key, has elevated their business to the next level.

“I just don’t know how we’d manage without it now. We’re so much quicker and efficient now.” He says one other thing demonstrates waveform roughing’s increased material removal rates. “We used to empty our swarf skips once a day. Now we’re emptying them three times a day.”

“EDGECAM’s waveform roughing is now our standard turning strategy of choice, especially where the customer supplies us with a STEP file.”